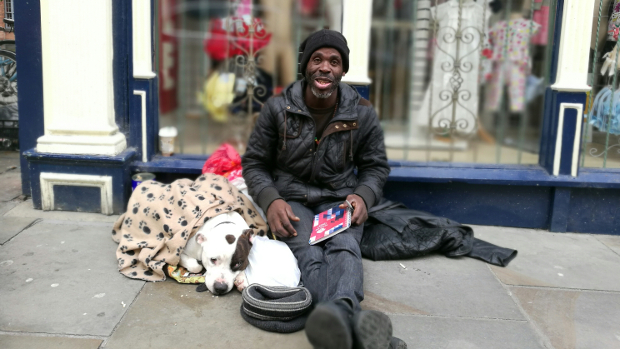 Everyday, the stark reality of organisations, both large and small are failing the individuals who have multiple complex needs, i.e.: service users with long term mental health,substance misuse issues as well as homelessness. The system is meant to be put in place to help and support these disadvantages in our ever growing cities, throughout the country. This has led to many individuals of these services feeling let down or unwilling to engage within the many established services that are being offered and the areas of trust and confidence being subtly eroded and not being built up over time due to the instability of services, therefore having a great emotional impact on service users as a whole leading up to frustration and anger.

I do what I do because I know how people are left feeling because of the system that has let them down. I have had times when I needed help with suicidal tendencies and mental health difficulties. I knew I needed some therapy and maybe a psychiatrist, I needed intense therapy because of the traumas that hadn’t been supported. I was on the streets for about 10 months after getting kicked out of a hostel. While I was on the streets, I found a dead body and was so paranoid and messed up in my head that I thought the police would blame me for it. A friend helped me and said I could stay with them as long as I sorted myself out and got of the drugs. I was hearing things and seeing things that weren’t there, as well as using drugs and alcohol to cope. I was lucky because friends helped me with the detox and I went to meetings. After a few years I went on interferon. I haven’t been the same since, and the medication isn’t doing what it used to do when I first started it. It seems to be a short term solution; it’ll carry you so far but recently I’ve had moments where I feel I’m at breaking point. Now I have a role helping service users, it keeps me going because I am helping find ways for services to be more effective. I want people to really see what’s happening and the truth of it.

I’ve always been a person who lives on being truthful, I want to see the truth and don’t like injustice. Taking these photographs was a way of seeing people for themselves and their views of themselves. All the people I spoke to and photographed felt let down by services. They felt patronised or ignored, then they in turn have felt frustrated or annoyed, which leads to services pushing them out further.

Many people who end up on the streets feel like they are just another number; another kid who’s gone through the hostel system before being pushed out as an adult to spend their days surviving and hiding. People travel to different cities hoping the grass is greener but just finding the same problems.

Services are now a business world; they see people as a label, value, or judgement. It leaves people feeling marginalised. People of colour can feel even more alienated. Many end up hiding to avoid racism and abuse. The streets are a place to run to, but they aren’t an escape. Services neglect people by searching for an easy label to tag them with, labels that don’t get to the root of the problem and leave people feeling even more scared of facing the world.

Labels don’t tell the stories of violent upbringings and the struggles people go through to escape ‘homes’ and families they don’t feel safe with. Our upbringings are a big part of shaping who we become as adults, so when people haven’t learned safe boundaries as children or as adults, systems with strict boundaries end up failing them because of a lack of understanding.

We need services to be designed by people who need the service; people with lived experience. This is even more so for people of colour; if everyone who works within a service is white, then it’s natural to assume that the service is for white people.

We need true involvement, real collaboration, honesty about the way in which people can and can’t influence systems. We need to end tokenism and the only way to do that is to have services which are properly co-produced. They need to bring people in from the start, not when most of the design has been agreed. We need to pay people properly and ensure they can honestly influence decisions at all levels.

People are searching for acceptance, wanting to be loved by people they meet on life’s journey, to not be judged by those who are primarily put in a position to help them move through the barriers of trauma and pain. People of colour often feel invisible within a system that gives them very little choice. Once in systems that are designed by white people for white people, additional fears are created; fears of being re-traumatised, neglected, and misunderstood.

Many people of colour who have sought support whilst on the streets end up being labelled not with one, but with two or more diagnoses. This may be due to the complexity of needs, but does it really help a person to have their needs met? A lot of money has been spent on homeless services, but how much has really changed, especially for people of colour? Services should be there to protect and help people, but if those services are ‘whitewashed’ can they truly be welcoming and supportive to people of colour?